Snow's Review: The Tantric Shaman by Crow Gray via Goodreads

The Tantric Shaman by Crow Gray
My rating: 4 of 5 stars

I need to get off this high ride first...

The Tantric Shaman is the third book I have read by Crow Gray, so far.
So I had a pretty good idea of what to expect…and of what I am getting myself into.

The story takes us into the fantasy world of shifters, two clans (bears and wolves) on the verge of war, and the only one to seek help from is a legend among the shifters.
The Tantric Shaman, all powerful shifter who can transform into any creature and get his power from sexual energy. But Damian Ivory is far more than a legend...


So, when Damian finds himself in the middle of a possible shifter war between the wolves and the bears, breaking from his solitude and quiet secluded life, he's called out to be the only one able to prevent the potential bloodshed. To be able to do that, he'll need plenty of strength and Damian can only empower himself through sexual energy which takes him into a constant inner battle with his dark side – which grows with each extra surge of sexual power leading him into darker and kinkier abyss of sexual deeds, threatening to set him, irretrievably, out of control. 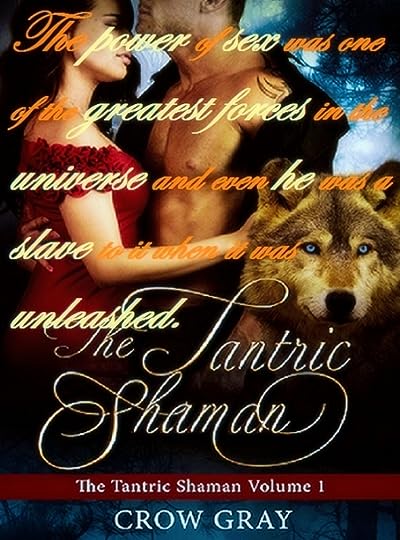 And all the events point to the interference of an another force, a higher power setting the things in motion and stirring chaos as a part of a bigger devious plan.

„A higher power did…arranged it all…“

What I did not expect to find here, was the addictive dynamic in the storyline…
Crow Gray shows an effortless way of storytelling and you just devour the words written in there while you lose yourself in the dialogues with a distinguished sense of humor,


“I get my power through sex. And since it's been a while and we've got monsters breathing down our necks, I need power or we all three die. And frankly, you're not my type, so that leaves her.“

„…this is one fucked up situation. I've been bored lately, and I want to see this shit play out…or maybe I'm making all this up, and I just want to fuck your girlfriend.“
„What!“
„I'm fucking with you. But seriously, I do need to fuck your girlfriend. Trust me, in a few minutes, you won't mind at all. The spell has – side-effects.“


Damian knew as the sexual energy in the room grew he'd get nastier and nastier. It wasn't something he would control.


off the chart hot, and I mean fucking hot sex scenes that were interestingly very well incorporated into the plot, 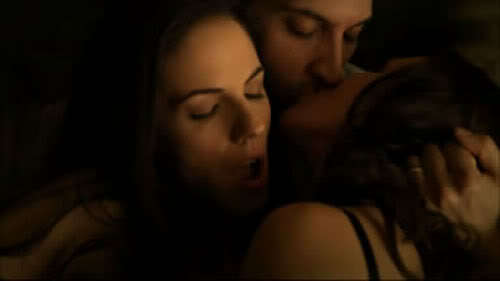 and detailed action sequences featuring were-bears, were-wolves, and many other shifting forms.

Above all, this is a higly eroticized fantasy tale with impacts of magical mysterious presence of shifters, enchanters and other mystical creatures wrapped up into a surprising entertaining reading material.

The only thing I felt like there was missing for me, is a deeper characterisation of Damian, the main character, we get glimpses of his inner struggle with his „darkness“


and those glimpses were just enough to trigger me into wanting more, more of his past, more of the circumstances that made him a bit reclusive and detached, a disengaged loner that only thirves through physical and sexual „charging“, since it's the only way for him to recuperate from injuries and to empower himself for the physical extortion of the shifting process and performing magic.

I would without a doubt dive into book 2, especially since Damian's story has left us in wondering and wanting for some answers…

„After all, Damian's not the only tantric shaman in the world, now is he?

View all my reviews
Posted by Snjezana (Snow) at 10:22 AM