Thin Lies by Bethany-Kris
My rating: 5 of 5 stars

Emma Sorrento was the mafia principessa, a 20 year old spoiled with wealth and gifts, she enjoyed the life, the pampered, carefree lifestyle were she was cherished and adored by all BUT actually she was bred and groomed to be compliant, obedient trophy mafia wife. AND when that actual plan starts the turmoil impact on Emma, the reality of it hits her right across her face. She's set to be married to Affonso Donati, a man 30 years her senior, to look beautiful, stay silent, enjoy the rich lifestyle and produce at least one heir.


Her life was not her own.
She didn't get to choose.


Emma's world crashes with the speed of light, the flying rug was ripped out from under her and she 's in constant falling mode. Everything crashes on her and all the things she was raised with, became a burden, became her enemy environment. She can't breath, she's swept and lost in anger, disappointment, injustice all tucked in the frame of mafia code. And you obey the mafia code.
In one month she'll become Emma Donati, a mafia queen. And she wants nothing but to escape.

Good was not a word to describe Calisto Donati.

He's asigned to watch over Emma until the month of her destiny is sealed in an arranged marriage. Calisto despises his uncle as a person, but he honors the mafia code. La famiglia is the most important thing to Calisto and he follows it through. So being a watchful eye to a beautiful 20 year old who's about to enter his family, even as a nuissance at first, is a task he does anyway.

Calisto could be an asshole, a mystery, and sometimes entertaining when he wanted to be. He was mostly quiet, and he watched people a lot with those piercing eyes of his. He rarely engaged others for any kind of interaction


“Unfortuantely, that's life. It's a part of growing up and being an adult. We don't get what we want just because we want it, and nobody is looking out for you right now. They're looking out for them and what they can gain from this. The easier you let it be done, the quicker it will be over.“


He slowly befriends Emma, seeing more than her beauty taunting him…
it grows into compassion and understanding then it flyes into the fall out of the undeniable attraction which they both fight against..


It didn't matter what Emma felt for Calisto, it was still wrong to act on it. It wouldn't make a difference that the man could make her heart race, her lungs stop breathing, or her blood heat up with a single look…not when acting on the attraction would only put her in a grave.
And him too.


It was wrong. She was another's man fiancee. She was forbidden, she was out of his league for that matter…and yet she felt so right. They felt so right.


And it had been there – right there in his soul-black eyes.
Desire.
Hunger.
Lust


And the pull is strong…it's painfully strong…


“Dont do that,“ Calisto said again, one last time.
Emma let the towel drop even more. “I just did.“ 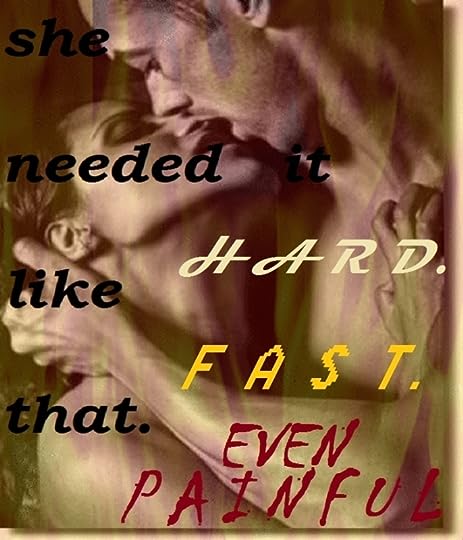 
BUT they both burned in passion…


He didn't give her time to think. Not about what they were doing, the mistakes they were making, or what might come of it. 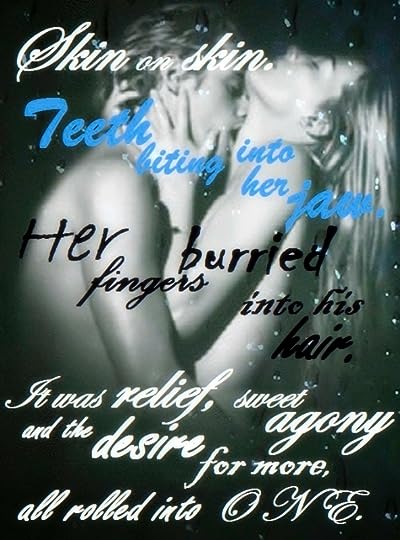 It wasn't rushed, demanding, or broken. She could breathe this time, feel everything he did, and it was enough to make tears gather in her eyes. She wasn't supposed to have him like this, soft, sweet, and attentive. It wouldn't make things any easier when it came to an end, but Emma couldn't make herself tell Calisto to stop.


“Keep you“, he said against her mouth. „If you could be mine, Emma. I think I would keep you.“

They became lovers for one night. The indulgence that held so much more than release. It was ecstasy, it was freedom, it was intolerable notion of what they could never have, the existence they were never meant to be, in each other, for each other…

Calisto Donati was her worst mistake, her greatest shame, and the one thing she still wanted more than anything. Emma could still feel him all over her, long after his touch and kiss was gone. In thirty days, her entire world had changed – he had changed her.

And all that lingered was pain and emptiness after a loss…a dull moment in time, a stop of a heart beat…when realization hits and turns the yearning into a swallowed bitterness of a „what if“.

Creating his own pain was better than feeling the dull ache that just wouldn't let up. The sting in histhroat from the wiskey was easier to focus on than the guilt eating away at him slowly.

Calisto had a feeling that whatever had happened between him and Emma , It wasn't over just yet.

There's angst, drama, action but what I liked the most in this story, apart from the story itself, was the gradually build up of angst and pent up tension that burns from within that you can actually feel it. It's so palpable, so vivid and authentic…

Bethany, I bow to you once more. Excuisite talent expands with every single word you put on a paper…

In eager expectation of a second book!

View all my reviews
Posted by Snjezana (Snow) at 1:11 PM