Radiance by Grace Draven
My rating: 5 of 5 stars

A simple as it sounds, I call dibs, ladies! LOL

This Kai is simply...dear God

There's nothing I didn't love here - the plot, the characters, the descriptions, the action, the LOVE, the attraction greater than the superficial features..."bigger than life love story" between two individuals who couldn't be more different, physically, in kinship, in culture, in everything that distinguished them they found the connection beyond it all.

An arranged marriage.
An alliance between two kingdoms.


Arranged marriages were the fate of nearly all aristocratic Gauri women, each one made for power, for trade, for good of country.


Ildiko.
A young Gauri royal member set of to become a wife to a KAI prince. She's become a duchess, a Kai hercegese. BUT her position as a spare will remain the same.


He never imagined an arranged marriage with a human woman to seal a war and trade alliance between Bast-Hardis and Gaur.


what started off as an obligation - where both parties find the other hideous and ugly,


The physical differences between human and Kai were obvious and in some ways, extreme...her acceptance helped her look beyond his startling appearance to the man himself. She'd held tight to that philosophy: see past the surface to the tides below.


they have to adjust and learn about each other, their cultures, traditions, different and unique way od conduct


"We're growing used to each other. My kin will grow used to you and you to them as well."


The contrast of gray skin and black nails against hers emphasized their physical differences, yet sorrow was sorrow.

Dreadful in appearance, lethal in combat, Brishen was all that was cordiality and dignified royalty in every interaction with her.


expanded into a keenship and a sense of acceptance that went deep even if the outside features spoke against it,


She was ugly; she was beautiful, and she was his. "My Ildiko."


"..I think we all seek companionship, wife. Sometimes it's physical; sometimes it's much more....Loneliness is an empty void. We look for that friend in the light....
Will you be that for me, Ildiko? That beacon in the void?"


then comfort and understanding


Something flared between them, a sense of camaraderie, of belonging.

While Brishen didn't find her beautiful, it was obvious to him the Gauri men did. Still, he didn't regret this union. Ildiko was unique and witty, and he enjoyed her company.

An intuitive sense of the vibrant soul and great heart that lay behind the ugly exterior?


only to be revealed as a deep mutual loving and compassion.


"I will conquer kingdoms for you if you but ask it of me, Ildiko."

they share a mutual admiration for each other that grows each step of their destined way together and that admiration runs deep...


While Ildiko had the heart of a warrior, she was untrained, untried, and unprepared to fend off an attack from a determined assasin. He'd lay down his life for her, protect her with sword and axe, teeth and claws if necessary.


even when they are trialed by their differences in a constant battle of doubts, trials and fails, the fact that they have grown into each other seeking comfort and a sense of belonging can't escape them...


so when the boundaries of friendship and comfort turn into the desire interwoven inside of them from the most honest and purest of places, the want and the need is undeniable...


"I am no poet possessing honeyed words...but you have always known me to be forthright with you."
"I want you, Ildiko. Want to sink so deep into you that neither of us will know where one ends and the other begins."

"What is it, Ildiko? What do you see?"
"My beautiful husband. I see radiance."

"What will I teach you?"
"Patience.
Endurace.
Ecstasy. 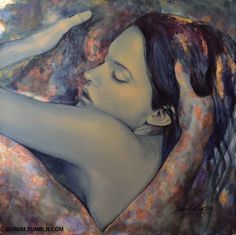 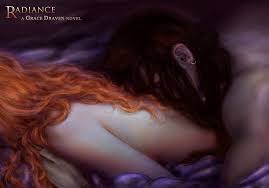 BUT just when they found each other within each other, the malice doesn't sleep, there are devious plans forged in front of their eyes, in their presence...just to unleash the danger that would destroy them all...

Simply phenomenal story, captivating characters...I am eager to continue with Brishen and Ildiko's story as they are about to encounter another task to dwell upon, survive and find each other all over again...in the chaos and mess of an unleashed dread...

special thanks to Kazy who generously pointed out this book to me...

View all my reviews
Posted by Snjezana (Snow) at 9:49 AM