Welcome to Diablo Vista by Crow Gray
My rating: 4 of 5 stars

DAMN, that was one steamy action packed sexy ride!

a badass motherfucker of a hero - Axl Dane, the most dangerous private investigator in Diablo Vista, who gets in betweeen the stirred dark waters in the scam went dangerously wrong. 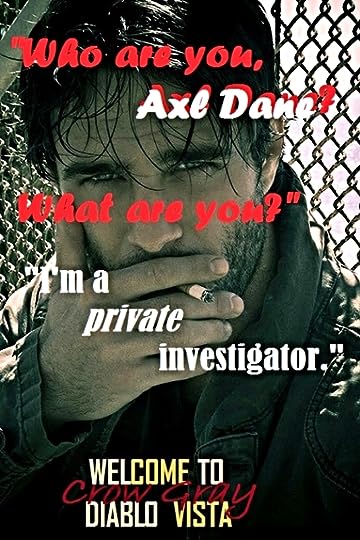 When a well known drug lord steals from Mexican Drug Cartels and the Japanese Yakuza, but setting up a local gang of crazed bikers as a scapegoat, shit becomes real and Axl needs to deal with more than he signed up for by accepting to help out a previously mentioned drug lord's wife Trista Morales into protecting her secret that could indanger her life as it is. 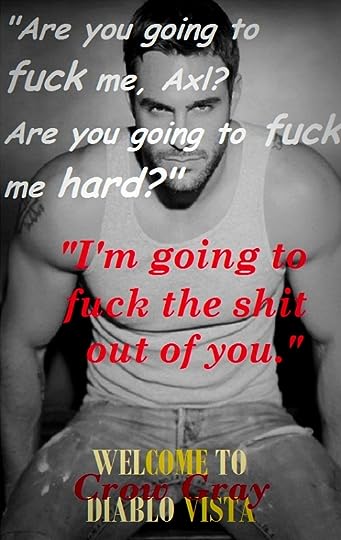 I am already familiar with the kind of writing Mr. Gray provides and I always know what I am getting myself into...the only thing I disliked was Trista, one of the characters, i really had no empathy for her problems or her to start with. I also thought that the "romance" factor in the book should have been presented in more detailed way or more expressively then through mere sentence: "I love you."

OR on the other hand, that whole "loving" spectre would have worked out even better for me, if the characters had left it unspoken and in that way gave us a hint of what more could be expected in the sequel...

and as the perfect introduction to "more romance development" Axl's thoughts serve as crystal clear echo:


He wondered just where fate would lead them as his life so far had left little room for any lasting love. He decided that right now it didn't matter...


In anticipation to find out how that plays out for Axl, I am excited to read the VOLUME TWO.


Over all this is a fast paced action driven story with more substence than Mr. Gray usually push us into.

Mr. Gray, please hurry and write fast the next sequel :)

ARC kindely provided by the author, Crow Gray, as a part of the BlogTour in exchange for an honest review

View all my reviews
Posted by Snjezana (Snow) at 4:34 AM