Snow's Review: The Bird and the Sword by Amy Harmon via Goodreads

The Bird and the Sword by Amy Harmon
My rating: 5 of 5 stars

These segments of the blurb, will tease you…

The day my mother was killed, she told my father I wouldn’t speak again, and she told him if I died, he would die too…

My father has a claim to the throne, and he is waiting in the shadows…

I just want to be free.

But freedom will require escape, and I’m a prisoner of my mother’s curse and my father’s greed….

I can’t speak or make a sound…

In a land purged of enchantment, love might be the only magic left, and who could ever love . . . a bird?

It will make you say…wait, what? Is this a fable?

And I would promptly say YES!
It's the most beautiful story of MAGIC, POWER and LOVE, overcoming the differencies, the odds, the misfortune, the pain, the diversities that change to course of essence of life and love as you know it.

Once upon a time, a magical world existed where the GIFTED lived among the common people in togetherness and unity.


The mouth, the hand, the heart, and the eye – the Teller, the Spinner, the Healer and the Changer.


Until greed, hunger for power, deceit and treachery overruled the GIFTED as the EVIL ones and ruled them out, estinguishing them and punishing them for being sorcerers.

Lady Lark of Corvyn was born into a noble family but she was also a gifted one. Being her mother's daughter, who was a powerful TELLER, she witnessed her mother's death by the hand of a King. But before she died, she placed the curse on them all. Changing the destiny, binding the souls together by a silent power of an unsaid word.


Swallow, Daughter, pull them in, those words that sit upon your lips. Lock them deep inside your soul, hide them ‘til they’ve time to grow. Close your mouth upon the power, curse not, cure not, ‘til the hour. You won’t speak and you won’t tell, you won’t call on heav’n or hell. You will learn and you will thrive.

Silence was a close cousin to invisibility.


Lark grew into a shadow. 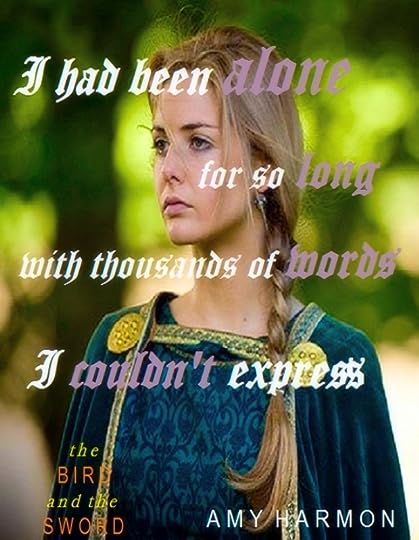 Neglected and left aside, people dismissed her as mute and therefore not worthy. All she wanted was to be free. 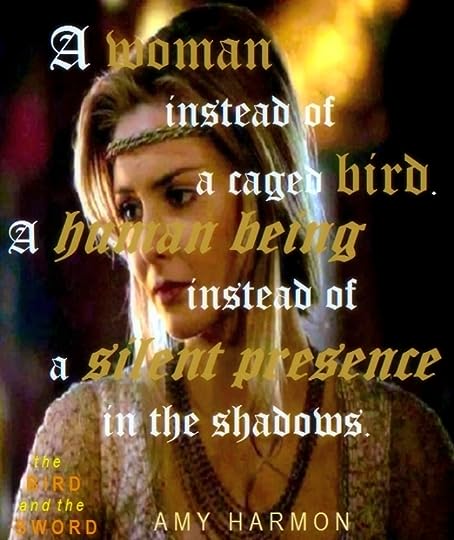 BUT she was so much more inside her silence. 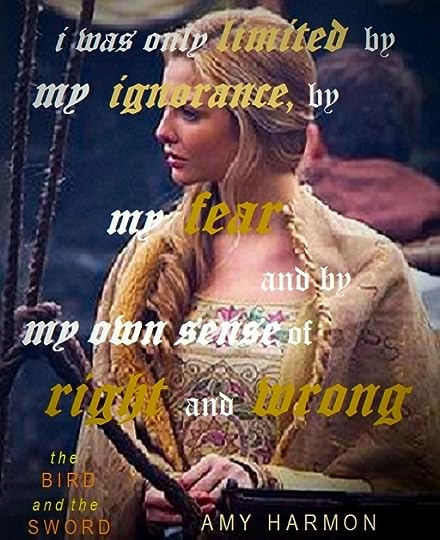 Her inner power of silent words was immense as it will be soon proven as useful when she becomes the interest of a young King Tiras and a means to an end. Not knowing the real destined bond/a curse binding Lark with her father, King Tiras takes her as her prisoner forcing her father to act as in providing the King much needed army to end the war with Volgars, devious creatures – half men/half birds, who were dangerously close to destroy the precious Jeru Kingdom. 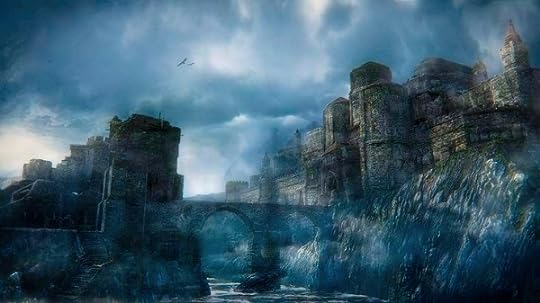 King Tiras soon finds out that Lark is more than she appears to be…she could help him subsiding his own troubled physical pain as he holds a terrible secret that could destroy and shattered him if it should ever become known. / Mikiya. Eagle.
…but Lark's power were silent words…


I wasn't healing. I was telling. I was suggesting. Commanding his body to release the pain, to numb the agony. To heal itself.


Tiras and Lark become close, he opens her to another world, the world that was „closed off“ for so long and she craved for it. She wanted to learn, she swallowed her words but she needed to hear them, she wanted to grasp the meaning of the sound and to give it essence.
What they shared was not planned, was not expected either.


„You are easy to overlook. Slim and pale and so quiet. But now that I've studied your soft grey eyes and traced the fine bones of your face, now that I've kissed your pale pink mouth, I don't want to look anywhere else. My gaze is continually drawn back to you.“


But the longer they spend time together, they grow into each other, trusting, providing safety and belonging…it was beyond physical, it was beyond words…and yet their connection was magic itself.

„I'm going to kiss you again“
„Unless you tell me no.“
My mind was a huge, white wall. No protestations. No thoughts. No words at all. 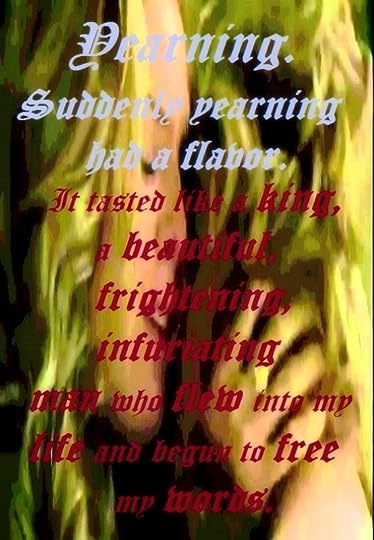 The way Tiras was looking at me made me believe I was vibrant and brave. He made me feel powerful.
The fear of letting go, to break free fully is terrifying and Lark is holding back until the inevitable sets in place…


I have all the power, but you will destroy me.
„Only your walls, Lark.“
„I need you to let me in.“
If I let you in, I will have nothing left. If I am like ice it is because ice is impenetrable. Strong.

„Touch me, Lark.“
When I touch you, I cease to be.
Why do you want so badly to break me?
„Because there is fire beneath the ice, Lark. And I like your fire.“ 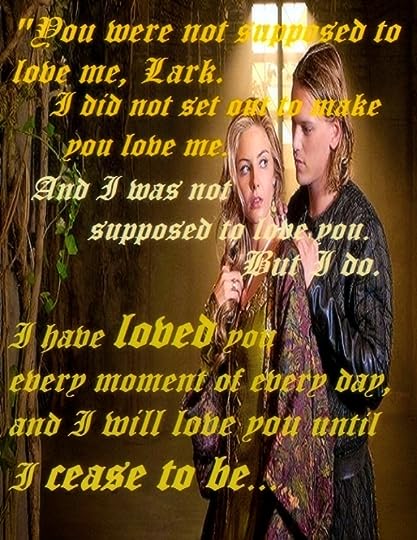 „Then I think I will keep you.“

Phenomenal writing, fantastic dtory with even more thrilling and captivating characters! Lyrical, methaphorical lines that speak louder than any volume, words that have a meaning only when you give them one.


You don't need wings to fly…
What do you need…
Words.

One of the best books I have read this year!

This one will stay with me for a long time....

"It's only words, and words are all i have to take your heart away..."
Words by Bee Gees


I am guest starring on my dear friend EBRU blog...so you can freely check that out! *wink*

View all my reviews
Posted by Snjezana (Snow) at 10:18 AM