Badger is a different book what we generally see around. From the name of the book to the storyline, it is like a new experience for readers.
There is no perfect heroine or perfect hero in this book. McKenna doesn't give us a fairytale with some dark elements. She gives us a story...She doesn't try to make a fairytale from a dysfunctional relationship. She just tells the story.

Adrian Birch was a recovering drug addict. She had been clean for almost a year but her life wasn't one of the easiest. Addiction made her life miserable, without a job and with lots of shame to carry.
But one day her life changed with a hit and run. With that accident, she found another addiction to her. A man on the bike with a hoodie...The Badger. 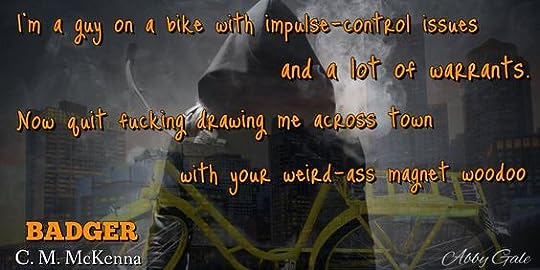 I was apparently still the kind of girl who'd get on her knees and let someone fuck her mouth in exchange for her drug of choice. My drug was nearly six feet tall, clad in a striped jacket instead of an orange bottle.
But it still didn't love me.
That hadn't changed. 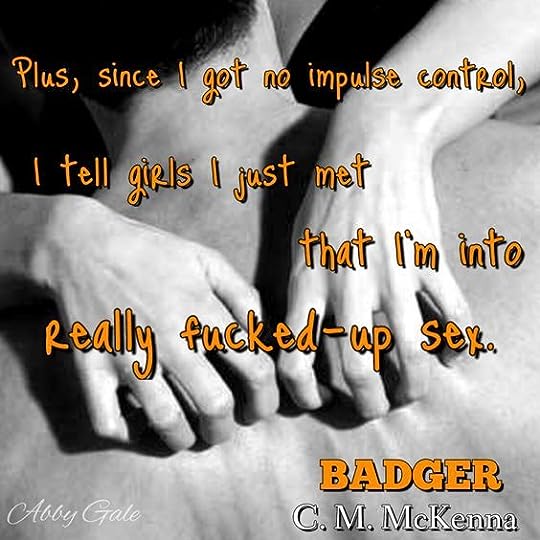 Adrian wanted to meet Badger, to understand him. She started this new interest as an unimportant and easy way of money but each minute with Badger it became an obsession.

Why was I hung up on a man who made me feel nothing but desperate and obsessive and confused? 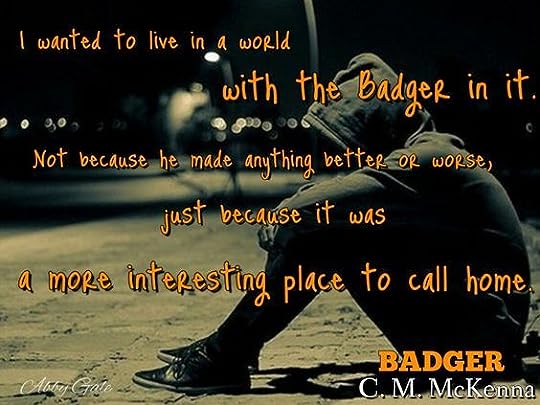 Besides being an obsession, the Badger had the glimpse of humanity inside. It just peaked the interest in Adrian more. She wanted to learn about him, his past, his demons...She wanted him. And loving him might be easy for her but to stay in love with him was really hard for Adrian. Especially, when Badger didn't know how to love or how to be loved.

He was right. There was no good reason for me to love him, apart from occasionally and briefly feeling awfully good. My love for him wasn't anything I'd wish on my sister or a friend.

My name is Adrian Birch and I used to be nobody. An apologist, a coward. Then I met a madman on a bicycle and I lost my mind, lost my way, got my heart broken and my head rewired and woke from a nightmare or my own design, fear gone like an ex-lover I'd never spread my legs for again.

The Badger was well-written, interesting, emotional and dark read. The story got me interested from the first page till the last. I highly recommend this book!