Claimed by Stacey Kennedy
My rating: 4 of 5 stars

Claimed is the first book of Club Sin Series. 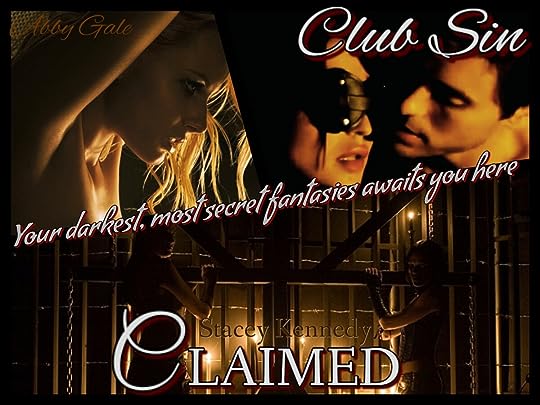 Dmitri Pratt is the CEO of a casino in Las Vegas, also an owner of Club Sin. He is a Master, a dominant and a businessman. He separates his personal and business life. When his experiences with vanilla women didnt work well, he gives up trying to date. But when Presley comes into his office...Heat increases...

Why? Cause as a spoiler I can say that: It was no intercourse between them till the end. It was a little frustrating.

Presley and Dmitri were so good together. I love the way of Dmitri supports Presley to stand up for herself. I also love the way Presley cares about Dmitri. And it was so good that Dmitri knows how Presley feels or what she needs even she doesnt know it. They were cute, romantic and hot together.

If you looking for a good hot-BDSM romance with good characters and character development, you can pick this book up!