Review: Reflected in You by Sylvia Day via Goodreads

Reflected in You by Sylvia Day
My rating: 4 of 5 stars 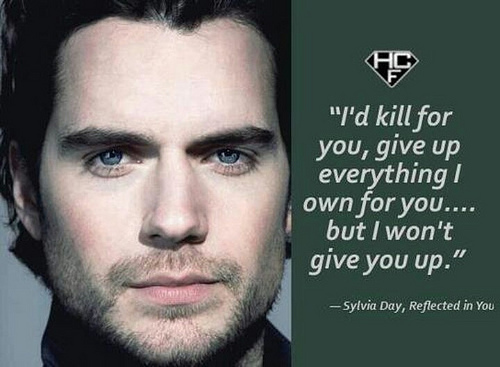 I'm just finished with this book and...Wow. I wasnt expecting that.

Okay...Now I will tell you how I felt while reading this book.

Since I liked Bared To You but felt something was missing in the first book, I was waiting big changes in the second book of Crossfire Series. My expectations were high at first.

In Reflected in You the biggest problem was jealousy. Gideon wasnt opening up about his thoughts and when this fact mixed with Eva's insecurity the jealousy was inevitable.
At first I thought this book would just be about jealousy and make-up sex. Because till the half of this book it was what it is.

“I'd rather argue with you, angel, then laugh with anyone else.”

They were fighting over someone and then BAM! Hot-make-up-sex! I am not complaining, it was hot. But I was waiting more from this book. Thats why I was almost disappointed. But it was hot enough to erase my disappointment. 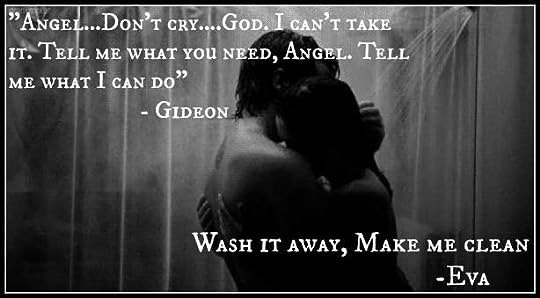 The second half of the book was something else. I was angry at Gideon because he wasnt explaining anything and just expected Eva to trust him. But at the same time I loved him a lot. Because I trusted him.

And after he told what happened to him...I just loved him more. I have a sweet spot for troubled-men. I cannot help it *sigh*

But why I gave this book 4 stars even I didnt love the first half that much? Here is the answer: That end of the book!

End of the book my suspicions became true. I knew it but listening it was better. Because that part was written cleverly.

I admired Gideon, his intelligence and his power. It may not right thing to do but still...I felt relief like Eva. End of the Reflected in You was so much better that I expected. And I loved this book more than Bared to You.
I will keep listening this series with Entwined with You.

And as a note: Audiobook version of this book is so good. I loved Narrator so much. Her voice and the way her reading were just great!