Review: Tears of Tess by Pepper Winters via Goodreads

Tears of Tess by Pepper Winters
My rating: 5 of 5 stars

5 -Monsters find each other in the dark- Stars

I've just finished the book and I don't know how to review it. I'll just try I think.

Tess Snow has a sweet relationship with her boyfriend Brax. Her life is not perfect but it's predictable. It's normal. Sweet and easy.
But this isn't enough for Tess. Tess has a gaping hole inside her soul.

When she had a relationship with Brax, she wanted to belong with him. She wanted him to claim her, dominate her...Make her feel wanted and loved.
When they decided to go Mexico for holiday, her hope was high. She hoped that this trip will change some things in their relationship.

In Mexico she was kidnapped by women-trafficker. But this was temporary in her life. Something big was waiting for her in the future. She didnt know what it was...Till she saw him...

When Tess saw him, she knew she was in trouble. Not because Q was worse than others but because her own body was betraying her. She should have hate him, not be turned on by him.
She fought. Against Q, against her future...Against her own needs.

Q was a monster. He was playing with her mind. He was owning her, consuming her. He was the worst kind of nightmare what makes her think it was a dream...

But...Was he really someone who she thought he is? Or he was more than she gave credit for? 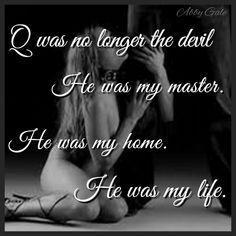 Q was fighting with his own demons. He was at war with himself, with the beast in him. He was afraid of the man he became, the man he hated for so long. He hates himself to became someone he despised.

They say; "You can't run away from becoming the one you're most scared."

Q fought hard with his needs. He tried to do the right thing even it means he acted like a bastard. He was, though.
He was a sick bastard. But after all those years, he found his other half.
He found someone who can take what he can give, who needs what he gives.
They found eack other in darkness where their monsters were hiding.

Two halves of the same fucked-upness

Tess was his sparrow, he was her peaceful cage.
Her freedom was bringing her back to her master, her monster. 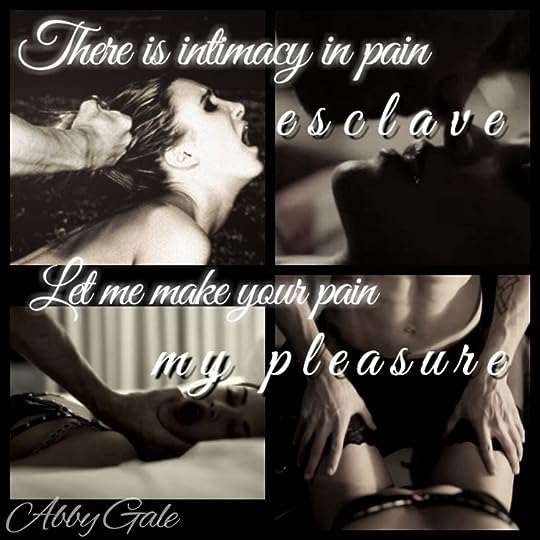 Tears of Tess was dark, painful, disturbing, twisted. It included violence and rape. It wasn't for you if you can be easily offended by such things. It wasn't a typical romance. It wasn't a dirty fairytale.

Tears of Tess was a nightmare which has some piece of broken romance. It was about expecting your true nature and become free with that.

It was about storms, sparrows and darkness...
And I cannot wait to read second book of Tess and Q.